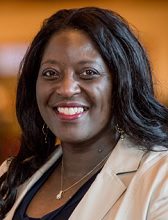 She has been recognized by Continental Who’s Who as a Trusted Hospitalist for her work in the Medical field.

Whittie-Bradford grew up in the Memphis, TN area, but was drawn to smaller communities to practice medicine, where she appreciates being able to know her patients on a more personal level. She enjoys seeing her patients around town. She would like her patients to know she is a compassionate, empathetic person by nature and strives to give every patient her very best. Dr. Whittie-Bradford loves spending her free time with her husband and 4 children, hiking and listening to music.